Meanwhile, on another part of the Ranch.....

TALLAHASSEE, Fla. (Reuters) Apr 28 - Florida lawmakers on Thursday sent Republican Governor Rick Scott a pair of National Rifle Association-backed measures, including one that would bar physicians from asking most patients if they have guns in their homes.

With supermajorities in both chambers, the Republican-dominated legislature also sent Scott a gun bill that would punish local officials who consciously enact ordinances stricter than statewide standards.

Somehow, when the suicide mood grips Republicans, it has a way of snowballing. Where I work, a rural area, everybody has guns. Thankfully, most are hunting rifles. So, I don't ask about guns. I simply tell people to make sure they are locked up. Unfortunately, north of here, in Baltimore, most of the guns are hand guns. Every night one or more people acquire a few more holes in their bodies.  People often make the quip that "Well, its just like the Wild West." Well, there were a few bad players there but I think that the number of actual gun fights is exaggerated.

In any case, it is sheer insanity not to try and control the proliferation of hand guns. Should one not point out that hand guns are probably of little use to the supposed Constitutional justification for owning guns of a "well regulated militia?"
Posted by Dr. C at 9:03 AM 2 comments:

I guess I should be blase and accept the high-jinks going one in Washington as just another political silly season. But, it is really hard to see our Country undergo such an onslaught of craziness. One thing that few have addressed is what any scenario will mean for the remainder of the Obama administration, about 17 months. It has been clear from the start that the Republicans want to bury the man. (Many of us believe this has definite racial overtones). From what has happened in the last week, it is clear that they have no respect for Obama as president, Obama as a man, and, most dangerously, Obama as a leader. They should remember that for the next 17 months he is Commander in Chief of the most powerful Army and atomic arsenal in the world. Yet, they treat him as some kind of cabin boy. Actually, the next event on their calendar will be impeachment. For what sin, I don't know. They will probably invent one.

No matter what happens with the debt ceiling fiasco, there is no chance of getting any kind of needed legislation through the current Congress after it finishes. If, for some reason, Boehner has to eat crow (now that would be a lovely sight), he is spiteful enough to stall any initiative that might come out of the Obama White House. Of course, I am cynical enough to think that this has been Boehner and his cronies plan from the beginning.

There are an awful lot of angry people in the Country right now. There are few, if any, new jobs and people are frustrated. We could be in for a precarious 17 months. As for keeping Obama from being re-elected, I think that Boehner has probably succeeded. However, the Bronze Devil may go down with him.
Posted by Dr. C at 9:32 PM 2 comments:

There is an enormous amount of verbiage out there about the difficulty the United States Congress is having getting the debt ceiling increased. I'm about to become a contributor. It seems to many of us that, at the current time, the process is totally out of the realm of rationality and into that of fantasy.

There are several important facts to keep in mind:
At the end of Bill Clinton's Presidency in January, 2001, the U.S. had a balanced budget and, indeed, was even recording a surplus. While our National Debt was about $7 Trillion and was clearly way too much, we had the opportunity of beginning to begin to pay down that debt. Interest on that debt (about $360 Billion in 2001; offset by interest revenues to $220 Billion) was eating up a sizable chunk of tax revenues (about $3,600 Billion in 2001).

However, as is well known, first off in the spring of 2001, we had the Bush tax cuts. Then we had two wars without extra taxes to pay for them. Then we had the worst economic downturn since the Great Depression.

That $14 Trillion was borrowed from many places, but principally China and other central banks. (What this does for National Security is another discussion).

When Barack Obama was elected in 2008, we were heading into the aforementioned economic down slide. Many of the programs sponsored by our Federal Government cannot be closed down. Indeed, in an economic downturn, the last thing you want to do is to throw people out of a job. (Republicans think that their famous (rich) "job creators" are going to just set up factories to produce tons of new widgets. Unfortunately, you have to have consumers to buy them. No money, no consumers, continued economic downturn). To keep programs open (like Medicare and Medicaid; forget Social Security) you need money. If the tax revenue is not there, you have to borrow it until the Country is solvent again and, hopefully, back to having a budget surplus. The United States has borrowed and now is time to pay the interest and to borrow more.

Unfortunately, there is a ceiling on what the Federal Government can borrow and that ceiling has to be lifted by a Congressional law. About 60 Republicans in Congress are dead set against raising that ceiling under any circumstances. The rest of the House and Senate Republicans are holding this debt ceiling hostage to their demand to begin to dismantle the social problems like Medicare and, particularly Medicaid.

The negotiations on this process have had a nightmare course. It has been clear in the last few weeks that the Republicans are much more interested in casting blame on Obama, and having him "lose" then they are in solving the problem. I think this is despicable, but we are dealing with despicable children.

All that is preamble, what I really wanted to explore is the result of "cutting entitlements" in the real world. I know this because it directly affects my medical practice.

To substantially cut Medicaid (an easy target because many Medicaid recipients are children and children don't vote or contribute to congressional war chests) would cut the amount of "matching" funds that the Federal Government gives the States for medical services for children (whose families are often well above the poverty line but who don't have private insurance), the elderly in nursing homes, and the disabled. I think that it is admirable that we, as a country, spread out the responsibility of care for these groups.

Actually, it is not really "matching" funds. Some States, like Maryland, get over $60 for every $40 they spend on Medicaid. What does that money go for, you might ask? Well, of course a lot goes to nursing homes (families that hold three jobs aren't able to take care of granny when she can't take care of herself) and hospitals for inpatient care. You just can't cut the reimbursements to nursing homes. I can't predict how they would act, but I think that it would not be very nice. The people who operate nursing homes are frequently in it for a profit. Hospital inpatient expenses also can't be cut because their rates are determined in advance by a State Commission.

This leaves everything else to take the brunt, particularly health care providers, i.e. doctors. Now I can tell you now that the current reimbursement from Medicaid sponsored programs (i.e. State Children's Health Insurance Program, SCHIP) is dismal. Because of laudable efforts on the part of the State Government to get every child insured, there has been a big rise in SCHIP enrollment recently. There was even talk, before the current fiasco, of increasing reimbursement to compete with private insurers. Now, who knows. However, if sizable "savings" from Medicaid are voted through, it will wind up on my doorstep. It will put the onus of paying for Mr. Boehner's actions squarely on my shoulders.

What might happen? Well, I can see immediate cuts in reimbursement to SCHIP providers. I run a business, a medical practice. I don't have the luxury of passing on a decrease in reimbursement. The rent stays the same (or goes up). Electricity and telephone stay the same (or go up). And, of course, employee salaries cannot be cut (known as business suicide). 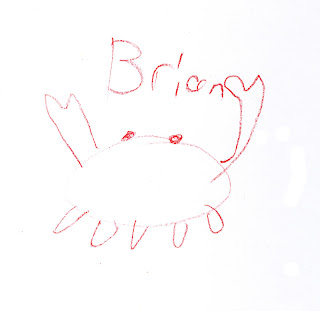 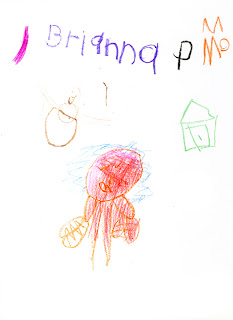 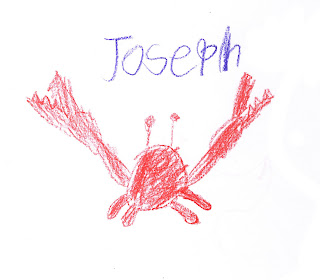 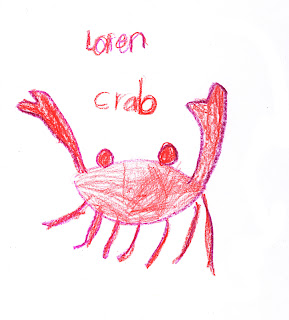 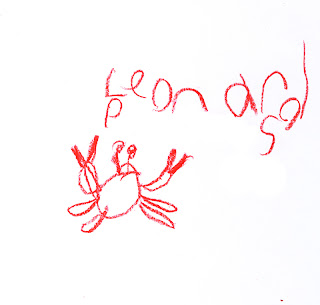 Mitchell didn't want to draw a crab; so he drew and elephant: 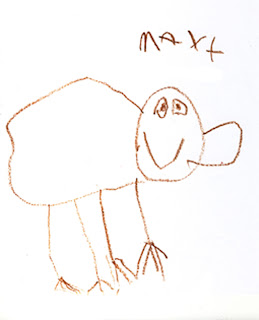