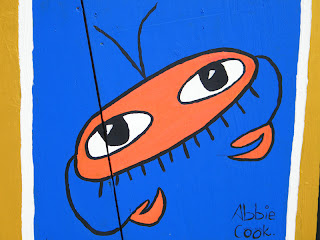 This entry was sent in from across the seas from our able correspondent and fellow curmudgeon (at least I assume one who is a Growler is a curmudgeon, but I could be mistaken). (correction: mage provided by Judith Acland of View Camera.) It was taken at Lyme (Regis), famous for, among other things, conger cuddling* (excuse me, coddling). Of course Lyme is also a town in southern Connecticut, USA, where, in 1975, there was a rash of rashes which we now know were caused by a spirochete, Borrelia burgdorferi. Here on the Eastern Shore of Maryland we are at the epicenter of Lyme Disease incidence. It is a nasty problem.

*[Conger coddling is a traditional event in Lyme Regis, Dorset, England, in which a dead conger eel is thrown at members of the Royal National Lifeboat Institution (RNLI).] 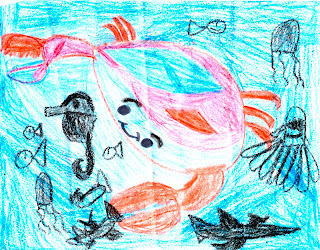 I think that this is a species of "super crab" compared to the shark on the lower right. 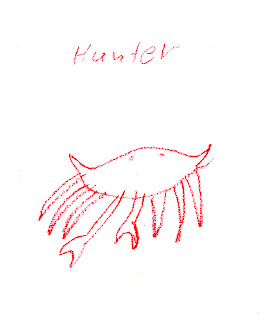 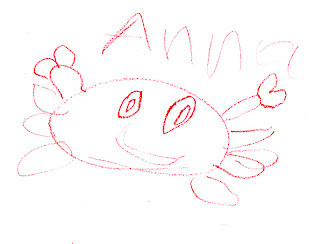 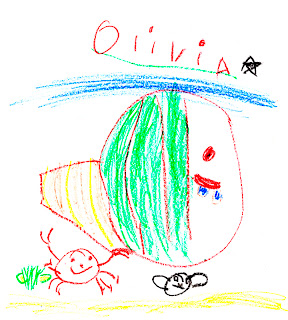 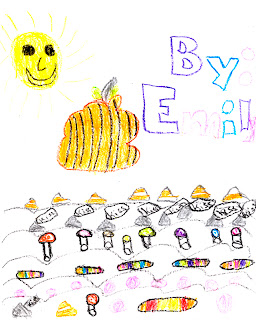 I thought I would include this one, even without a crab, because I think that the key at the bottom of the picture indicates these are candies. And, I am quite found of the chocolate represented by Hersey kisses.
. 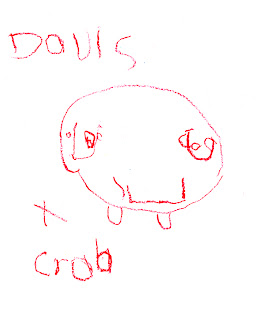 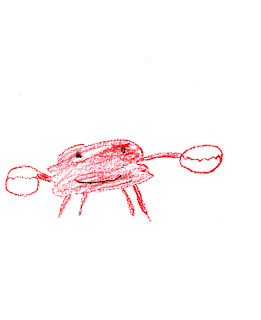 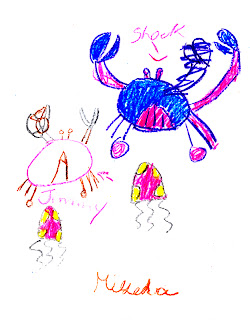 A while back we discussed how to tell male and female crabs apart. It has to do with their apron being either the Capitol or the Washington Monument. The males are, as Michalea has indicated, "Jimmys," and the females are "Sooks." (though the word "sook" apparently means "baby" in Southwest England.). Another way to distinguish females is that they, like their more human counterparts, paint their nails. 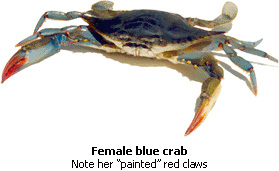 Note the red fingernails. Makes me think of Lady Macbeth. 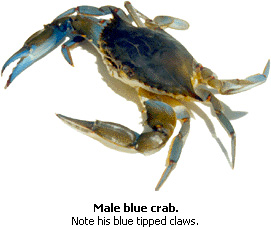 Boys, of course, have blue fingers. 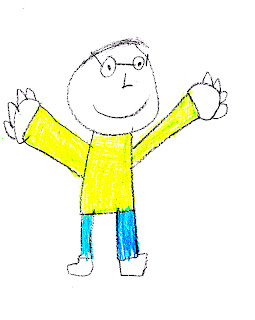 I wasn't wearing a yellow shirt but it is still a good likeness. 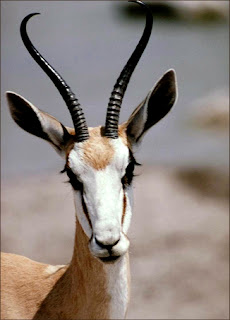 Though standing in the shadow of that hawk-eyed Topshamite when sighting such things as he did (here, here and here), I did stumble upon a nursing gazelle in my one of my favorite authors, Trollope. There, on page 448 of the Oxford World Classics edition of The American Senator, we have Mounser Green (of the foreign office) commenting on the demise of "The Paragon" (John Morton of the Foreign Service and Squire of Bragton):

'.... If Paraguay gets the better of the Patagonese all Brazil will be in a ferment, and you know how that kind of thing spreads among half-caste Spaniards and Portuguese. Nobody can interfere but the British Minister. When I suggested Morton I knew I had the right man if he'd only take it.'

'And now he has gone and died!' said Hoffman.

'And now he has gone and died,' continued Mounser Green. '"I never nursed a dear gazelle," and all the rest of it. Poor Paragon! I fear he was a little cut about Miss Trefoil.'
-------------------
(Ms. Trefoil, we should add, was the femme fatale of the story who ended up going off to Patagonia with Mounser Green in a typically Trollopian ending.)
-------------------
The editor of the book (John Halperin) has an extensive comment in the footnotes:

Oh! ever thus, from childhood's hour
I've seen my foundest hopes decay;
I never lov'd a tree or flow'r
But 'twas the first to fade away.
I never nurs'd a dear gazelle,
To glad me with its soft black eye,
But when it came to know me well
And love me, it was sure to die.

The mawkish, self-pitying tone of the poem was often parodied in the the nineteenth century, which knew Lalla Rookh well - e.g., Dick Swiveller in Dicken's The Old Curiosity Shop (1840-1): 'I never nursed a dear gazelle, to glad me with its soft black eye, but when it came to know me well, it was sure to marry a market-gardener.'
-------------
(Note how it is nurs'd in the poem but not in Trollope or Dickens. I suppose this was to simulate the Irish dialect though, to be fair, it is said that the English spoken in Dublin is the purest English of all. Then again, by the upper crust, not the Jackeens. )
-------------
On further wandering (looking up Lalla Rookh), I found this comment by Katalin Hegedus in 2007:

(Can't they spell?? First its colour and paediatrics and now its favourite!)

Anyway, this gives me THREE gazelles. Top(sham) that if you can.
In a little while, I'll be a vertible Hemingway.

More about the book, The American Senator, in a bit. 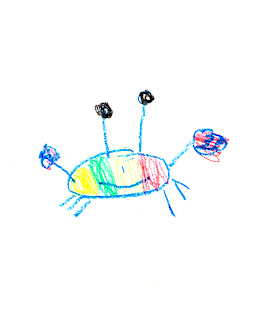 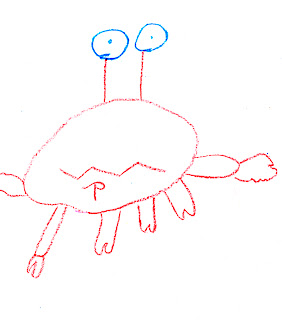 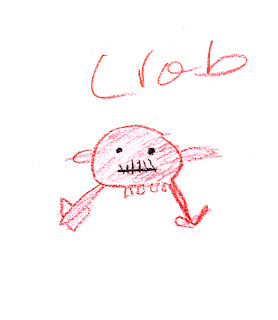 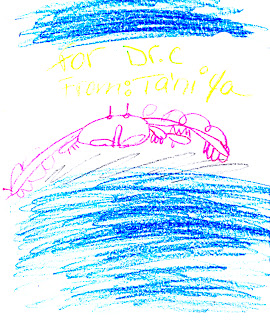 Looks a little like a B-52 lumbering over the ocean. BTW, that thingy on the bottom half of the crab is his skirt. The way you tell males and females apart is that the skirt on a female's look like the United States Capitol (soon to be taken over by the unmentionables) and the male's look like the Washington Monument. (The Lincoln Memorial is spared). 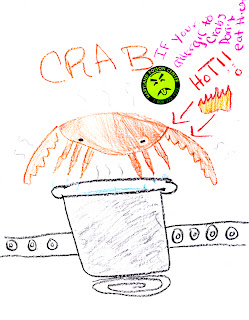 Notice how the artist is able to have the crab look at her fate. Trompe l'oeil.
Posted by Dr. C at 2:56 PM No comments: